A Short Life Learn about this inspiring book

Excerpt from A Short Life 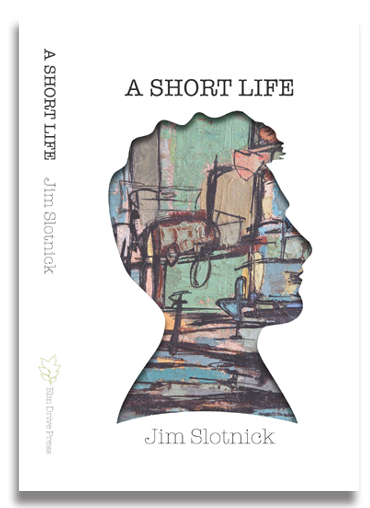 "I want to write a book before I die that has a pulsebeat, that yawns and breathes and hisses and steams with the condensate of my life; some of its ups and downs and smiles and lies and twists and turns and ins and outs. What follows is the true story of my humble life.

Most of it is written precisely as it happened. Some of it is a good approximation of what happened. And some if it is merely the product my fertile, overheated brain.

I have heard it said that even though Mozart died at the tender age of thirty-two, it would take a music transcriptionist an estimated thirty-five years of around the clock work to simply copy all of the composer's music. I tell you this because I feel like the imaginary transcriptionist, feverishly setting down his music as the sand in the hourglass runs down. You see, I feel like I want to write my story for whomever chooses to read it before this cancer rots away what little is left of my poor addled brain. More on the cancer later.

I shall press on with the spirit of wild Jack Kerouac as my guide. He typed the original version of On the Road in ten days on a single continuous roll of butcher paper, while under the influence of amphetamines. Those of you who don't particularly like Kerouac will claim that the poor technique comes through in his writing, but technique is not my concern. Surely Kerouac wasn't the reincarnate Thomas Wolfe that he fancied himself to be, but his best books live and breathe and excite my mind, and he talks about jazz music and America, and the motion of trains and hitchhiking and friendship and pain and laughter and I hope that all of those things are in here as well."